As big supporters of Rugby League from NRL level through to the NSW Koori Knockout, all of Pacific FS partnerships are built around synergies these teams have with our company. What makes the partnership with the Kaiviti Silktails unique again is that it not only centres around our expansion plans into the Pacific, but more that it falls in line with our company DNA that consists of Indigenous Australian, Anglo-Australian and Fijian heritage. This project is about Fijians and Australians coming together and supporting a Rugby League team that will bring so much opportunity to the people of Fiji and the opportunity to showcase this in the NSW ISP competition played right here in Australia.

with DFAT followed and the Fedral Government funding announcement by Prime Minister Scott Morrison. Now that the Fiji NSWRL bid is now the Kaiviti Silktails RLFC it just makes sense that we don’t get on board through what will be the exciting part of their inaugral year in the Ron Massey Cup in 2020. As a fellow South Sea Islander from the Torres Straits and Principal of the Pacific FS this makes this just as exciting for myself to be a part of this journey.”

Pacific Facility Services is a majority Indigenous Owned Services business delivering Commercial Cleaning, Security, Property and Trade Services solutions across metropolitan, regional and remote areas of Australia. Pacific FS wil be the Official Facility Services Partner of the Kaiviti Silktails for its Inaugural season and Pacific FS Head Office in Botany will be Sydney Office for the Silktails.

Our vision is based on a dream shared by every child in Fiji:

To represent their village, their province, and their country, playing the game they love - and, best of all, playing it well! 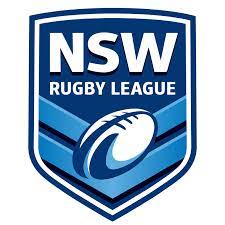